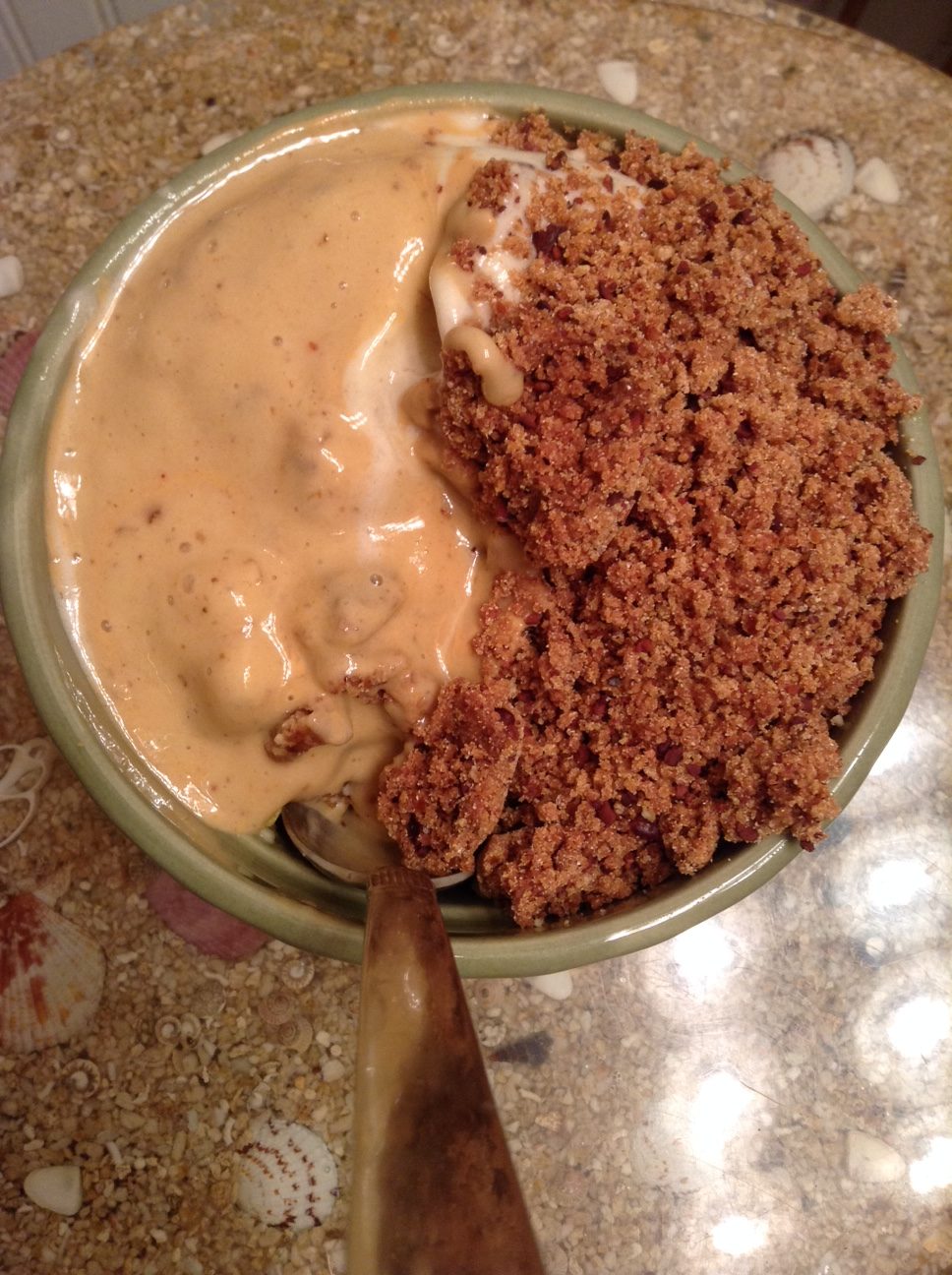 I absolutely love this stuff, and especially love adding it inside my banana nice creams! If you follow me on Instagram, you may have seen the pics where I post these rawnola banana ice cream bowls. It’s seriously the best and most satisfying meal. The rawnola takes less than 5 minutes to make and is super fast, easy and quick to make. Plus, it’s incredibly yummy and sweet. I could eat this rawnola on it’s own. It’s just that good!

This low-fat, raw vegan rawnola recipe is made without oats and free from added sugars, oils and salts. It’s only 3 ingredients and super easy and fast to make! It’s not baked nor dehydrated, so it has a soft texture to it, which I love because the dough is so versatile. You can use the crumbs as rawnola, or press the mixture together into a ball, crust for pies or cakes, or even a cookie! If you add some cacao powder to it, you can convert it into a brownie. Get creative with it.

Before I get into the recipe, I’d like to talk a bit about the flours I used. You can either use organic corn flour or organic garbanzo bean flour. Believe it or not, making desserts with garbanzo bean flour is amazing! The flour blended with medjool dates makes the right dough like consistency; it can at that point be formed into cookies, bread, brownies, and even donuts! All raw vegan and low-fat, of course 🙂 Give this recipe a try, and let me know what you think in the comments below.

Place all ingredients in a food processor and process/pulse until a crumbly, yet sticky consistency. Once the mixture has formed, pour out the dough into a clean bowl and use however way you’d like. You could even dehydrate it, too if you want, but I personally like this rawnola fresh out the blender. 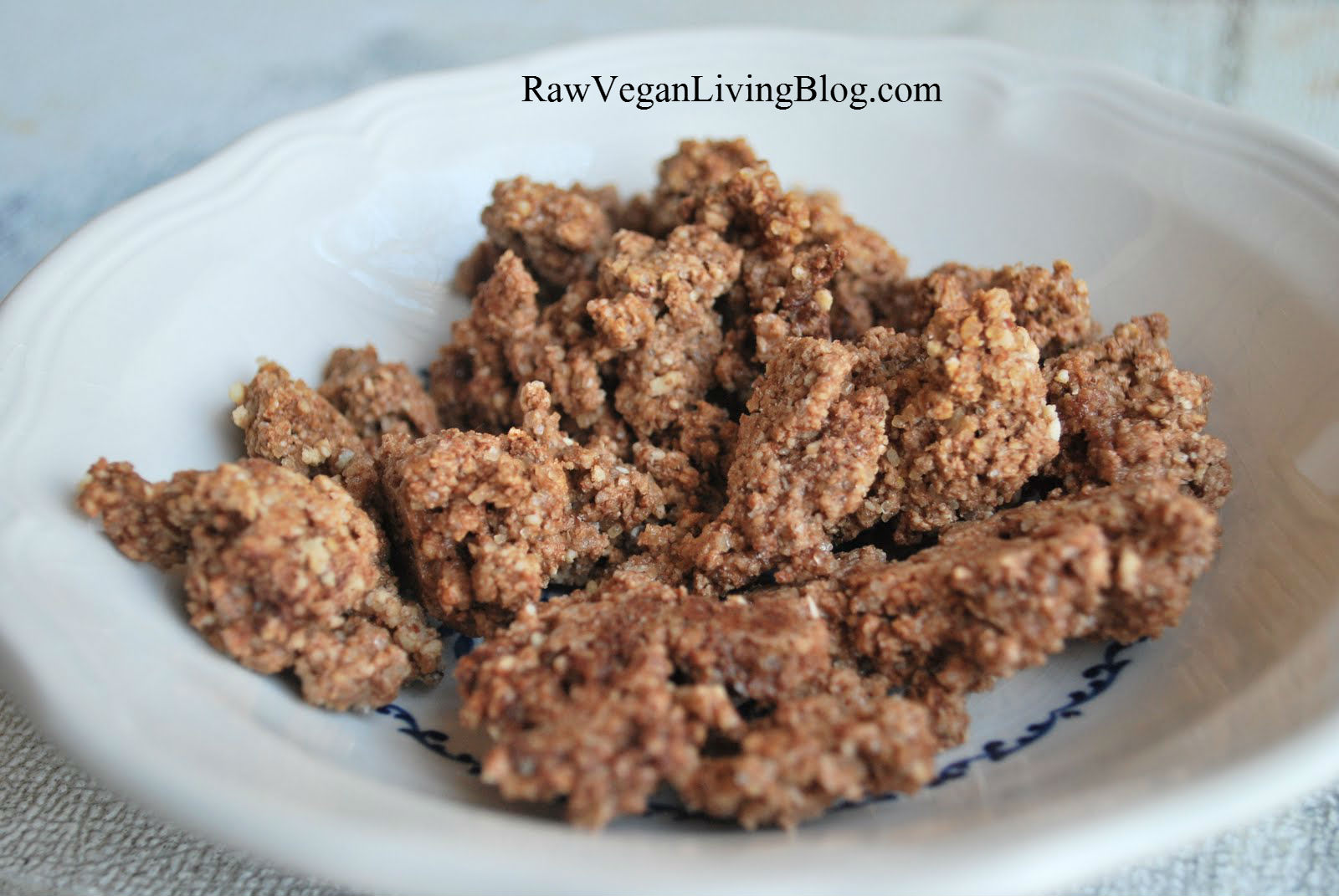 Go make it and let me know what you think in the comments below! What are your favorite ways to use rawnola?

These raw vegan marbled brownies are so delicious! It’s so easy, tasty and fun to make! It’s 100% GUILT FREE and so healthy, you can get away with eating these for breakfast!;) These are REAL […]

I LOVE this epic smoothie combo. It’s sweet, delicious, nutritious, and packed with protein. This smoothie is composed of my absolute top favorites: bananas, spinach, mangos, and apple.   This is the perfect way to […]

This raw vegan pizza is so delicious and satisfying – you do not want anything else afterwards! You can use cucumber or zucchini for the crust. Or you can make your own dehydrated crust, […]