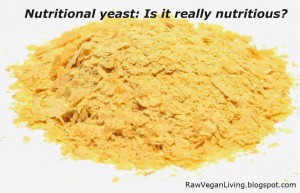 Have you ever heard of nutritional yeast before? I didn’t hear about it unit after I transitioned to a vegan lifestyle. Nutritional yeast is revered by many who eat a plant-based lifestyle, as it provides a spectrum of minerals and includes all 18 amino acids, including the ones your body can’t produce on its own. But the majority of nutritional yeast on the market are not really nutritious nor authentic! Shocking, but continue reading to learn more.

What is Nutritional Yeast & How Is It Made? 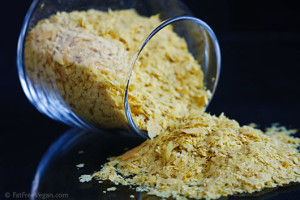 Nutritional yeast is one of my favorite superfoods, and it’s actually a staple for me. Nutritional yeast is the “secret” ingredient to making cheesy cheese on a plant-based lifestyle. You can sprinkle this stuff on your salads, dehydrated goods, and inside your gourmet recipes. I’ve head of some people adding this stuff inside their smoothie, too!

Have you ever tried nutritional yeast before? What are your favorite ways to use it? Tell me in the comments below.

I’m really excited to share with you today my review on Sari Foods organic turmeric and acai powder. I’ve never tried acai powder before, so it was quite exciting and a treat to sample it […]

I'm excited to bring you yet another product review from a great superfood company called Sari Foods. They were kind enough to send me samples of their 3 products: Spirulina Powder, Vitamin C Powder from […]

The Time To Build Your Immune System is NOW With This Amazing Superfood!

Its fall and the colder weather is slowly approaching. During the colder months, people often get sick. Getting sick has become a ‘norm’ for most people, but it doesn’t have to be. The main reason […]