This was the BEST raw vegan ceviche that my amazing, raw vegan chef father has ever made!! It smells and looks just like ceviche, but without the added shrimp (of course!). This gourmet ceviche is healthy, delicious, bursting with flavors, and quite satisfying. It’s low in salt, oil and fat.

Ceviche is a shrimp dish that’s native to the Spanish culture. I grew up with eating ceviche with white rice and tostones (which is Spanish for fried platono). This is the most healthiest ceviche ever, and can be enjoyed a few different ways.. Goes great served with quinoa, served inside romaine lettuce or salad. You can even add sprouted and marinated mung beans, for an additional crunch. 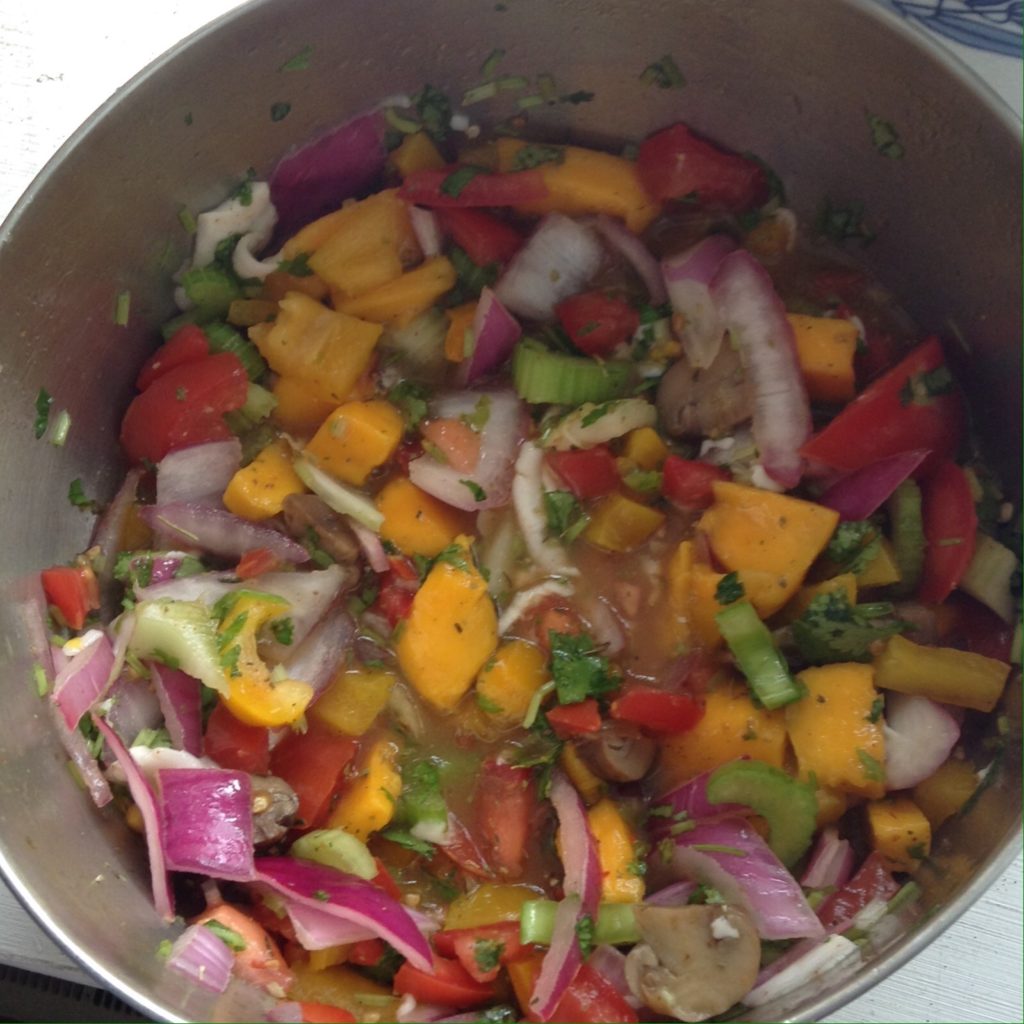 This ceviche is so simple and quick to make; it’s literally done in under 10 minutes!

A note about measurements: I do not measure my ingredients. I basically just eye ball things. So feel free to add more or less of the ingredients as you like. I just pour in however much juice or ingredients I think is enoug.

Additional Add-In (optional, but would make the ceviche more epic)

1.) Wash and chop the veggies as necessary and place them in a medium sized bowl. Add in the coconut aminos and apple cider vinegar into the bowl, along with the seasonings.

2.) Crack open the young thai coconut and strain the water into a big clean bowl. Straining the water of the coconut is very beneficial and essential, as the wood chips from the coconut are not edible.

4.) Wash the skin of the mango to avoid getting poison ivy (read here to learn about it) and peel the skin. Slice and chop the mangoes into chunks and pour into the bowl of marinated veggies.

5.) Once you’ve chopped and placed all the veggies into the bowl with marinated veggies, add in your desired seasonings of choice to add flavor.

6.) Mix the ceviche ingredients together in the bowl. Feel free to add in any additional add ins if you like.

I enjoyed this ceviche with a piece of Ezekiel Sprouted Whole Grain Bread. Please note, I currently don’t eat anymore of Food For Life’s Ezekiel bread as it contains wheat and their wheat-free breads contain agave. S, no thank you! I’m better off making my own homemade dehydrated flatbread to go well with this scrumptious ceviche. 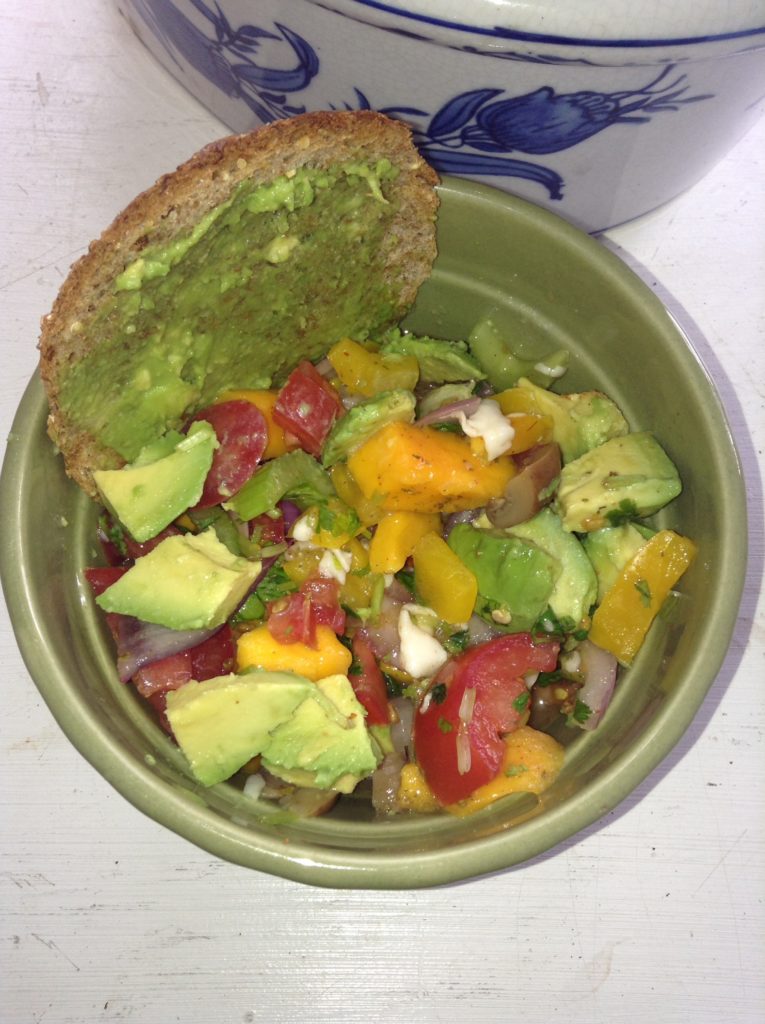 You want radiant, glowing looking skin? Drink this juice! It gives you that beautiful, radiant, glowing skin that everyone wants. Guess what the secret ingredient is? (drum roll) CUCUMBERS! Cucumbers is excellent for radiant, youthful […]

I honestly don’t know what to call this beautiful and delicious salad, but all that matters is that I get the recipe out. This salad is too darn good NOT to share! It’s creamy, low […]

These nori wraps are simply heaven on a plate! It’s bursting with flavors and nutrients; your taste buds will explode with awesomeness!  I made these wraps for my mom’s lunch a few weeks back and […]