What The Health Is Going On In America? | Raw Vegan Living Blog
News Ticker

There’s a newly released documentary called ‘What The Health’ that has gained some popularity amongst hundreds of people. I watched the film with my dad and loved it. It’s very informing and provides a lot of researched backed truths. This groundbreaking film has touched and impacted so many people to change their diet, it’s amazing!

The film is nothing but pure TRUTH being exposed to the public! 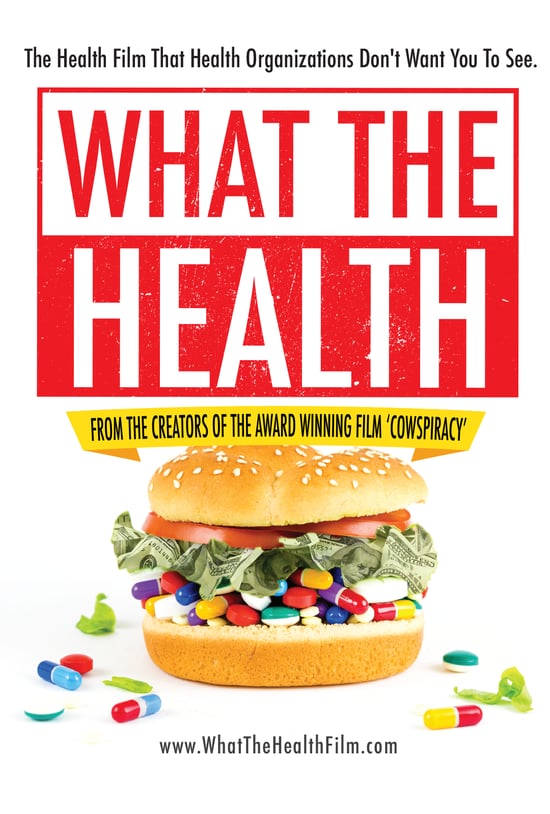 What The Health uncovers the secret to preventing and reversing chronic diseases and investigates why the nation’s leading health organizations don’t want us to know about it. With the help of medical doctors, researchers, and consumer advocates, What the Health exposes the deceitful corruption in government and in big pharma. It’s no wonder why healthcare bills are at an all-time high and why many people spend their time being sick!

WORLDWIDE WE ARE LOOKING AT APPROXIMATELY

There are a lot of scientific backed truths said in the film that really makes you think. You’ll hear from vegan athletes and how going vegan has helped them perform physically better.

You can learn more about the film here >>>

Beware of the fake news sites that say that What The Heath “is not a reliable source of scientific information.” They are just trying to bring down the entire film because it has awakened people to change their diet for the better. That of course, does not make Big Pharma happy 🙁 There is no money in good health, unfortunately. We can’t leave our health in the trust of doctors. They not nor can’t secure your longevity. And if they would, they would be killed just like all these holistic doctors have lost their lives.

What The Health posts the facts they said in film, so you can check it out here

What The Health is free to watch on Netflix. It’s definitely worth a watch and your time. You’ll learn a lot if you’re open to it and hopefully, if you’re not already vegan, it’ll inspire you to change your lifestyle. Share with as many people possible.

Oh my heavens! This is simply the most delectable, nutritious, vegan meal. Can someone say heaven on a plate. It’s the perfect hot n’ cold combo ever. It’s filling, sweet and super yummy. You’ll literally […]

I absolutely love this stuff, and especially love adding it inside my banana nice creams! If you follow me on Instagram, you may have seen the pics where I post these rawnola banana ice cream […]