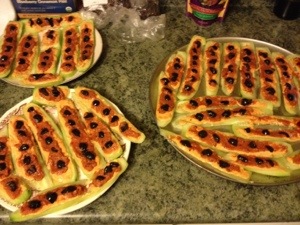 This raw vegan pizza is so delicious and satisfying – you do not want anything else afterwards! You can use cucumber or zucchini for the crust. Or you can make your own dehydrated crust, too. The “cheese” taste so delicious and its nice and “cheesy”. The “cheese” contains no dairy! Its way better than dairy “cheese”. This is REAL “cheese”. The “cheese recipe was used  in my raw vegan veggie burger post You can add whatever you’d like as the toppings (as long as its raw or vegan, of course).

For the “CHEESE“:
* Blend all ingredients in blender until creamy. Pour cheese in a bowl and chill for at least 30 minutes or longer. The “cheese” is best when chilled. This recipe was used in the Raw Vegan Veggie Burger and Cheddar Cheese.

For the HEMP CASHEW CHEESE:
Place all ingredients in your blender and blend (pulse, low) until fine crumbs. Place in a bowl and set aside. You’ll be surprised at how this tastes like cheese!

For the TOMATO SAUCE:
* Blend all ingredients in the blender until smooth, thick, and saucy. Pour into a bowl. You can chill in the refrigerator until ready to be used. 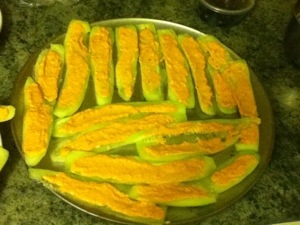 To ASSEMBLY:
* Take your sliced crust, and add the “cheese”, tomato sauce, and garnish with toppings. Optional – place your pizza bites on a dehydrator tray and dehydrate at 105 for 15-30 minutes, or until no more water. Dehydrate to your dry liking. Enjoy your pizza bites!:) 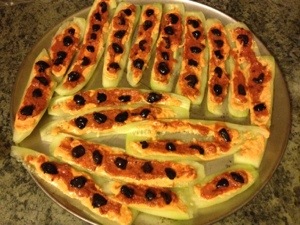 Click here for the Health Benefits Of The Raw Vegan Pizza Bites.

My dad made this raw vegan brownie recipe, using the raw carob powder and goji berries we were kindly sent from Natural Zing last month. These brownies are low-fat, super nutritious, delectable, and guilt-free… you’re […]

This is one of my FAVORITE salads ever! Since buying my hand-held spiralizer a few months ago, I’ve quickly fallen in love with making homemade zucchini noodles. Zucchini noodles are so easy and simple to […]

What The Health Is Going On In America?

There’s a newly released documentary called ‘What The Health’ that has gained some popularity amongst hundreds of people. I watched the film with my dad and loved it. It’s very informing and provides a lot […]