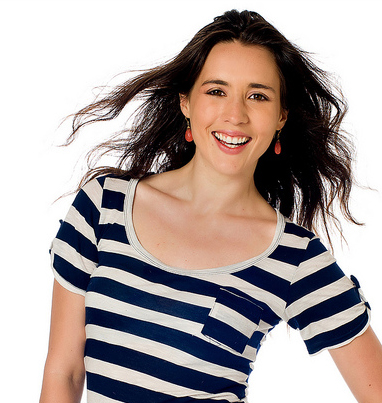 +Whitney Lauritsen is one of my epic raw models. I remember discovering Whitney along my vegan journey. My dad was looking for videos on YouTube of vegans, and he happened to stumble upon her channel. She has been a really big inspiration for both my dad and I. When we first watched Whitney’s videos on YouTube, we were really inspired and hooked! She has a great story, and her videos are very inspiring, fun and informative to watch. We started watching more of her videos and learning more about her; we were both very inspired and motivated – we followed her ever since. She has been a BIG inspiration and motivation for us.

If you don’t know Whitney, I highly recommend reading this post about her. If you do know her, then you may know why I’m featuring her in my mini series today!

Whitney Lauritsen, AKA Eco-Vegan Gal, is an epic vegan. She’s a Ford Fiesta Movement Agent, journalist, filmmaker, photographer, social media guru, and an eco-conscious vegan gal. She dedicates her time in spreading the awareness about how to make healthy eating choices and develop a planet-friendly lifestyle. Whitney has been a vegetarian since May 30, 2003, and vegan in September that same year. 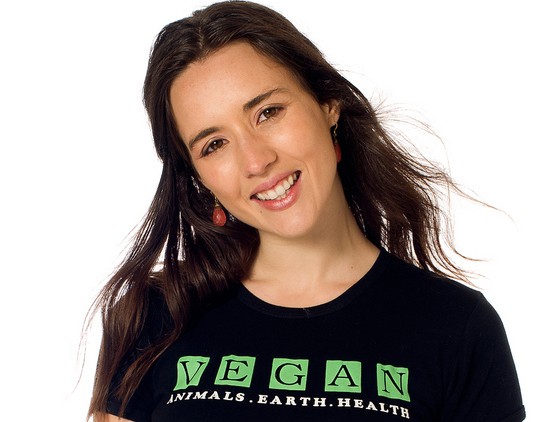 I highly recommend watching her video story about her 10 year vegetarian anniversary. In the video, she motivates and inspires you on how you too can go vegan!

Whitney’s story is very inspiring; today, she is as healthy as she can be! Her YouTube videos are based on giving healthy and healthful tips about anything vegan and eco-friendly, along with epic awesome vegan recipes. The information she provides in her videos are very informative and educational. Not only is her information educational, but her videos are fun and inspiring to watch. Her videos are like a treat for me; they make me smile and she’s quite funny, too! Whitney is a really cool fun girl — I’m pretty sure you’ll love her videos. She is very inspiring and motivating – I love her!


her recipes are really epic, delicious & mouth-watering!! Click on the images to get the recipe! 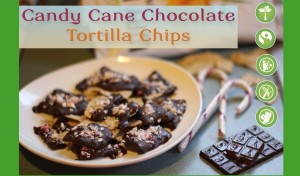 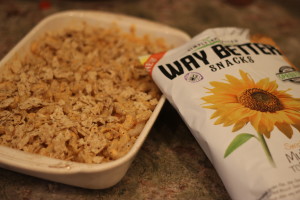 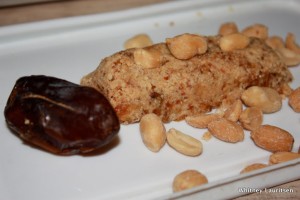 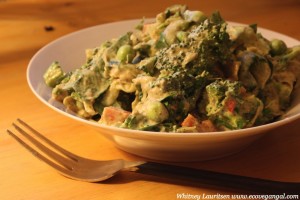 Whitney has touched many lives, including my me and my dad. She has lost weight going vegan. Her transformation is inspiring, along with her before and after pictures! She struggled with her weight pretty much all her life. She was feeling uncomfortable in her own skin. Whitney has tried exercising, diet programs, counting calories, eating low-fat – but she was still fat. It wasn’t making sense to her on why she was not losing the weight she wanted. She had been very frustrated and developed an eating disorder, because she couldn’t figure out what was going on in her body and why she wasn’t losing weight.

When she became a vegetarian, she quickly lost weight, so she gave up meat and fish, along with any animal flesh. After eliminating meat and fish, pounds just came off her body. She was receiving compliments all the time.

Six months after that, she decided to go vegan. When Whitney went vegan, she looked and felt better, her skin was brighter and she just felt and looked amazing! Although she lost weight going vegan, she also gained it right back a few months after. The reason why she gained weight as a vegan was because she ate a lot of processed vegan foods. She thought that anything was good as long as it was vegan, which included french fries, non-dairy ice creams, chocolates, baked goods, and pizzas. She was eating gluten and soy and after eliminating it, she started looking and feeling much better! Her whole body felt better. Her story and transformation is very inspiring, as you can see and read! 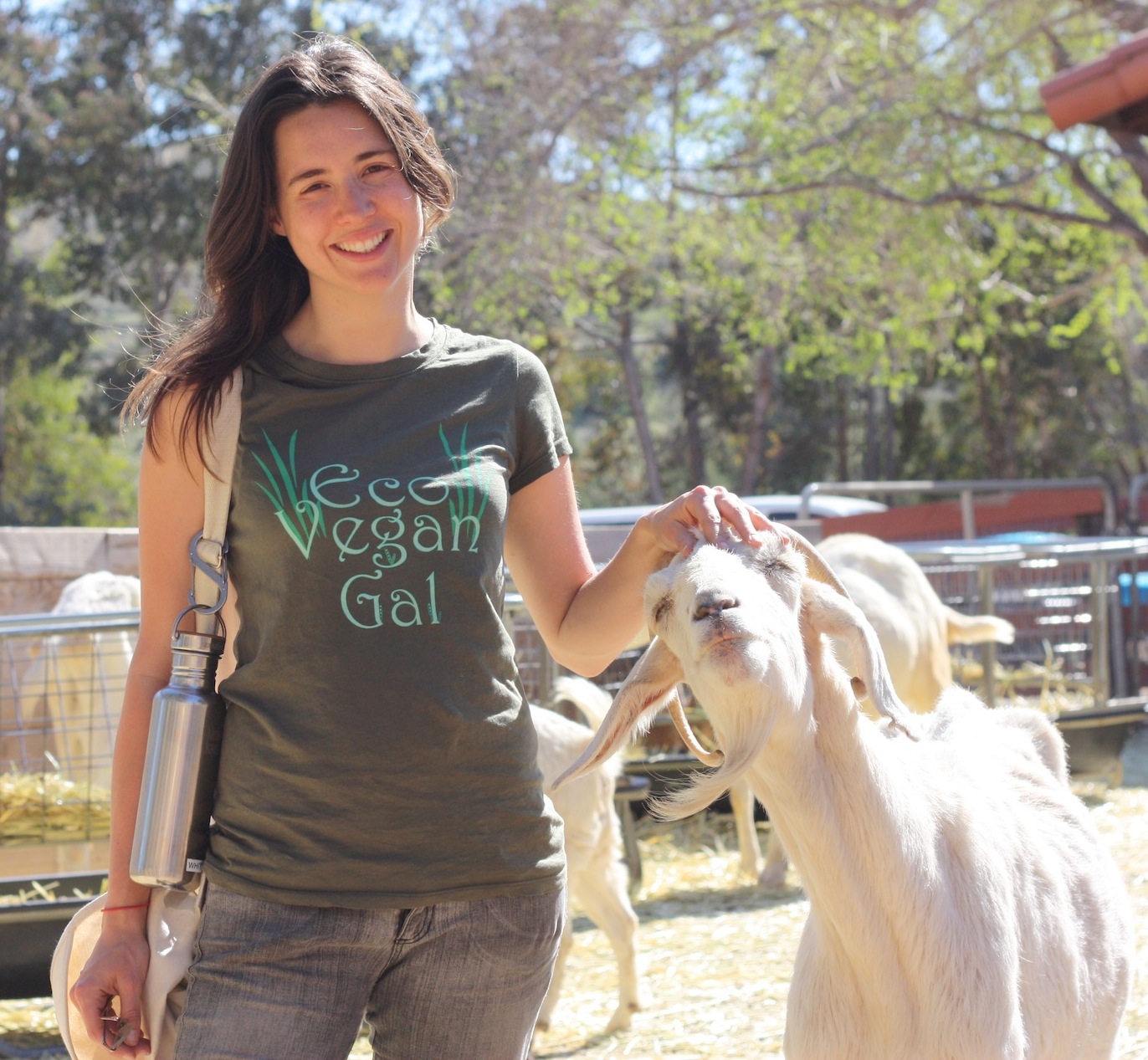 To learn and watch more about Whitney’s amazing and inspiring transformation story, I highly recommend watching the video below. Get inspired! 🙂
Whitney’s mission is to motivate and inspire others to eat healthier and to be kind to their body and earth. She has truly changed her life, and she wants to help individuals be the healthiest that they can be, in the most eco-friendly way possible with he food that they eat. I hope that you got inspired by Whitney! She’s truly great, I am so happy I found her! I can write so many inspiring things about her… this would be a very long post! 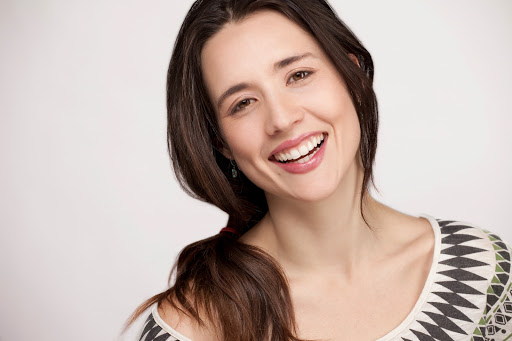 Most raw vegans and vegans (and omnivores and vegetarians, too!) know Whitney and how epic and inspiring she is. Threw Whitney’s videos, I’ve been able to be even more inspired to go vegan. She is truly awesome, kind, inspiring and beautiful! I love her for who she is and the work that she does in this world. She is caring and sweet, you’ll love her! I’d love to meet her one day. That’d be awesome and I’ll film a video with her, too! I’m not sure if she’s going to the Woodstock Fruit Festival, but either way – I’ll get my chance to meet her!
I highly recommend watching her videos, make her delicious mouth-watering recipes and send her some love! Be sure to tell her you found her threw me if you didn’t know about her before you read this lovely post about the amazing Whitney the girl behind Eco-Vegan Gal! 😉
xoxo 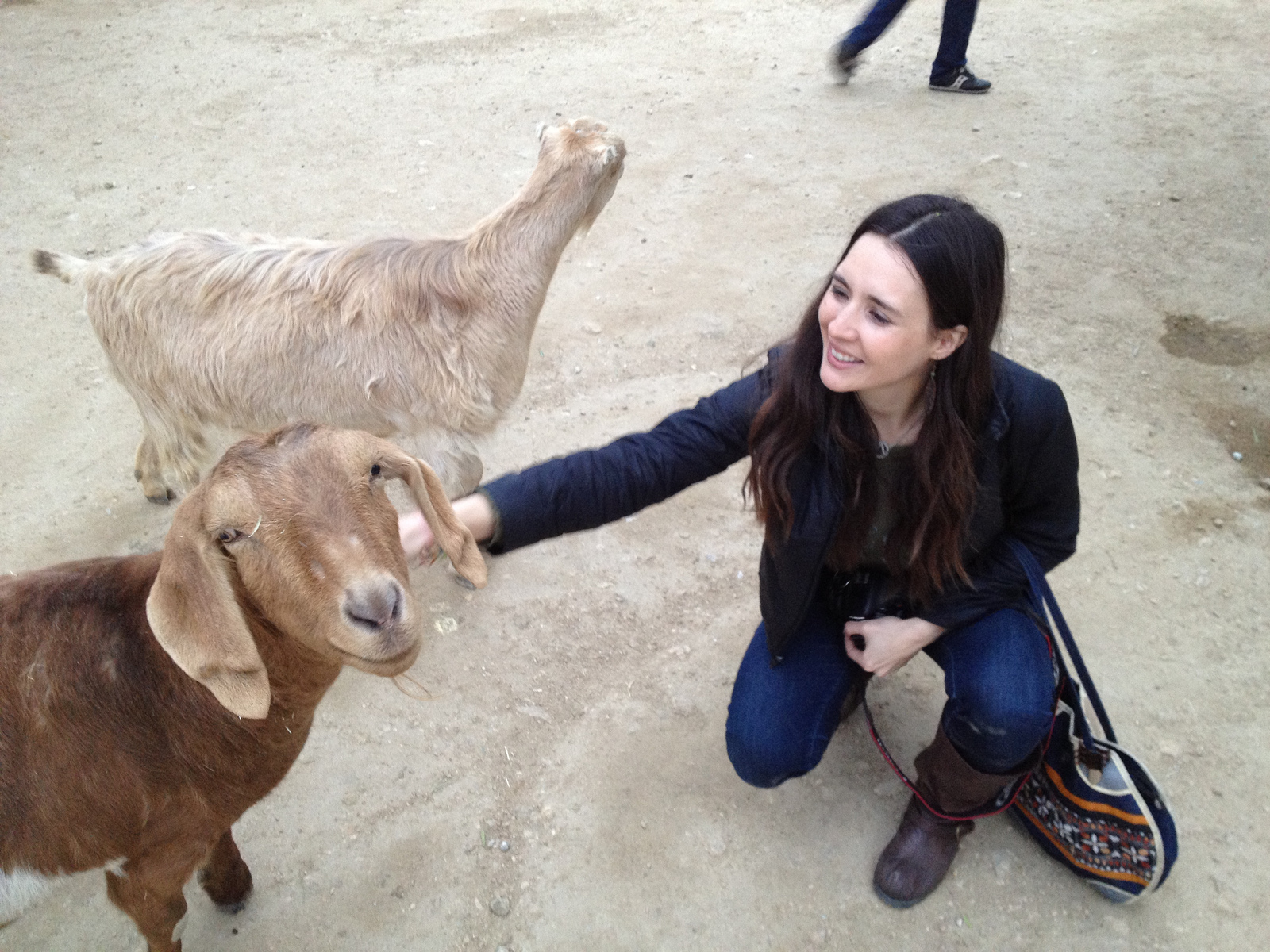 P.S. Whitney, if you’re reading – PLEASE post a comment below!! I’d mean the raw world to me! Hugs!! 😀 xoxo