Raw Vegan Walnut Brownies | Raw Vegan Living Blog
News Ticker
These raw vegan marbled brownies are so delicious! It’s so easy, tasty and fun to make! It’s 100% GUILT FREE and so healthy, you can get away with eating these for breakfast!;) These are REAL brownies! These brownies are dairy free, sugar free, flour free and bad ingredients free. These raw babies are naturally sweetened with dates and raisins;) You can top them off with nuts or nut butter of choice.
Feel free to share this recipe with your family and friends. Those brownie lovers will be surprised and love this recipe. Read my post to find out the health benefits to these guilty free brownies! Below is the recipe for your enjoyed indulgence, FREE from guilt 😉 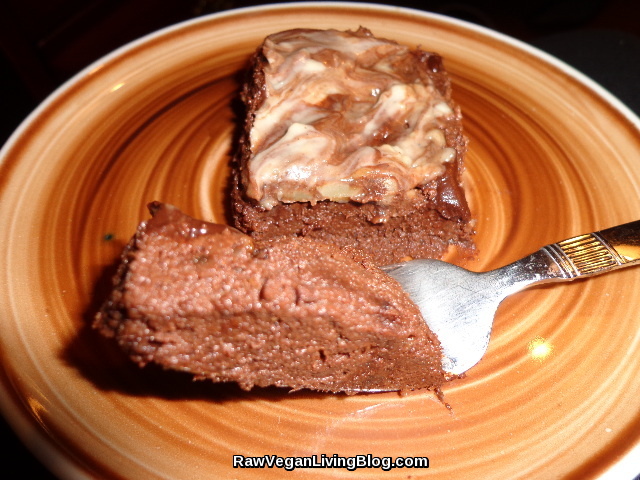 INGREDIENTS:
for the brownie base:
1 cup raw walnuts, soak for 4-8 hours or overnight
10-12 freshly pitted medjool dates
1/4 cup cacao powder or carob powder (in case you don’t want to use cacao)
1/4-1/3 cup almond milk (or any nut milk of choice, or you can use filtered water if you don’t have any nut milk on hand)
MARBLE SAUCE
1 tsp raw organic cashew butter
1 tsp filtered water
DIRECTIONS:
To make the brownies: First of all, in a bowl of clean water, soak the walnuts for about 7 to 8 hours, or overnight. Be sure to drain the water out of the walnuts and rinse them out very well until the water is clean. To avoid the entire soaking process, buy sprouted walnuts instead, that way you don’t have to soak them yourself.
Secondly – Place the walnuts in a food processor or blender and grind/pulse for a few seconds to form a coarse flour. While machine is running (make sure the lid is on though) and in the rest of the ingredients.
Process or blend until the dough sticks together, almost like a crumb-like dough.
Place the dough at the bottom of a flat plate or baking dish. and spread into a batter like brownie. Serve immediately or place in the fridge for 20 minutes until firm. Enjoy! Store any leftovers in the fridge, as it gets firmer, but is still soft. It has the perfect consistency.
Alternately, you can make brownie bites by  rolling the brownie dough into small balls. 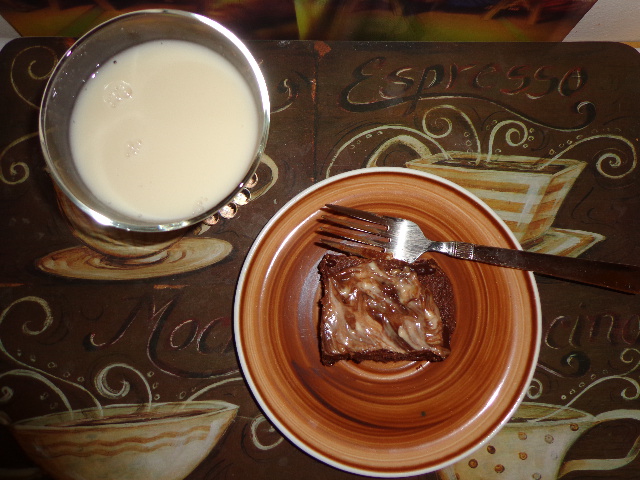 Enjoy with a glass of nut milk or smoothie. 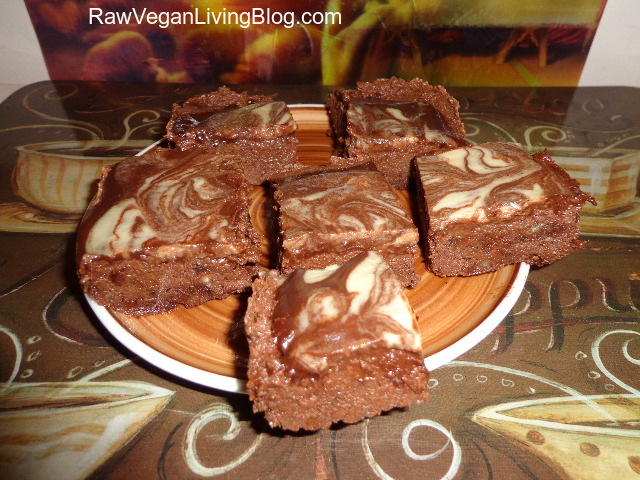 You an even drizzle chocolate sauce on top of the brownies for a double chocolate experience! 😉

After eating this RAWESOMENESS, you’re going to have a chocolately day 😉

Marine Phytoplankton: The Ultimate Universal Multi-Vitamin Everyone Can Enjoy!

Meet Marine Phytoplankton.  The Universal Vital Sea Mineral Essential For Optimizing Our Health In More Than A Dozen Ways! The Superfood Responsible for over 90% of all the Earth's Oxygen, including the air we breathe!  […]

I’m a fan and big believer of including essential oils in one’s diet. Essential oils are essential for optimum health and well-being. They have many healing as well as Ayurvedic powers, and can be used […]