Raw vegan living foods is LIFE. Raw plant foods is POWER. Eating live foods makes you feel ALIVE. Who wouldn’t want to look AND feel amazing, day in and day out, even while in their late 40’s or 60’s? I don’t know anyone who wouldn’t.

When we think of salads, we often think of drenched in cream or dressing filled with oil, fat and unnecessary sugar. Salads are often underestimated, mainly because it’s a meal composed of mostly vegetables. Salads don’t have to taste or be boring.

I want to share with you all this very delicious pizza salad that’s my favorite currently. I have a strong belief that this salad has the potential to convert any meat-eater into a salad lover! And that’s a bold statement right there.

I call this salad, ‘pizza salad’ because it tastes like the raw vegan pizza I make, without the “cheese”! You can add in mushrooms,, as well, and any other add-ins that you like. 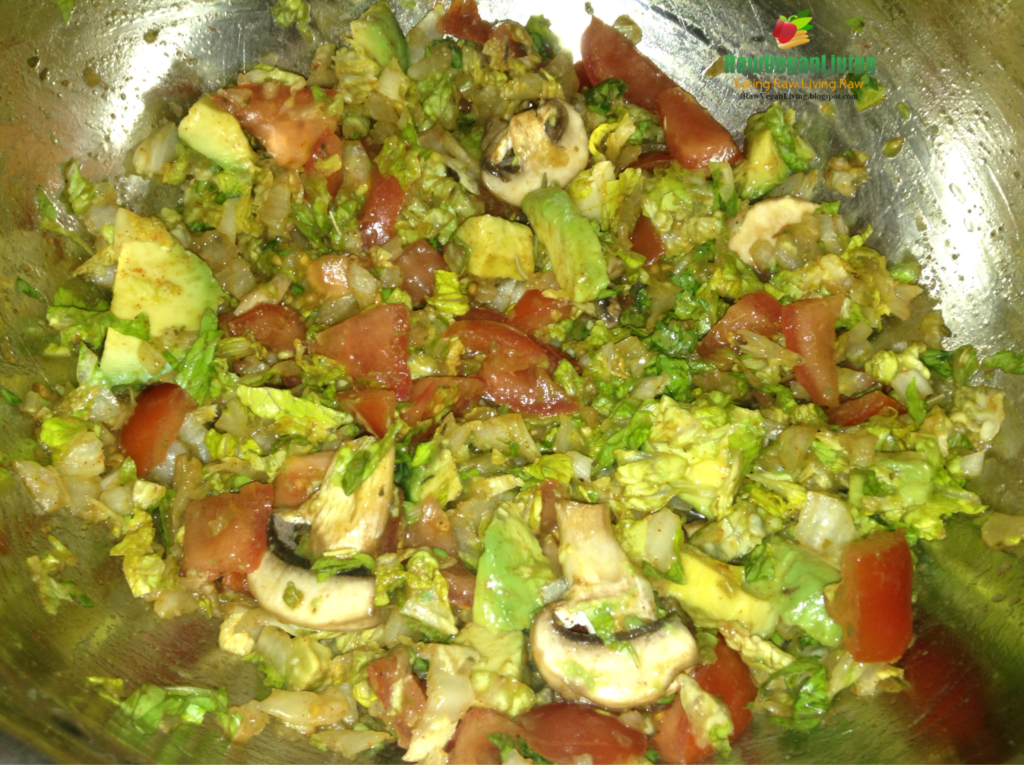 I call this one ‘pizza salad’ because it tastes like the raw food pizza I make! This salad is simple, light, yet satisfying.

Ingredients for the Salad:

First, wash your leafy greens and herbs very well with clean water using either a capfull of apple cider vinegar, a squeeze of lemon or lime juice, or Young Living fruit and veggie spray to wash your greens. Pat dry your greens on an eco friendly paper towel or simply shake all the water out with your hands.

Chop all your greens and tomatoes and place them all in your salad bowl.

hey guys! sorry i haven’t been writing about my fast every day as i said i would. i am a very busy girl nowadays… i’m working on a very big project right now! this is […]

On January 31, 2015, my dad and I went to visit our dear friend, Arnold Kauffman, at his cafe. For those of you who don’t know who Arnold is, Arnold is the owner and runner […]

This salad is simply beautiful and amazing; so many flavors bursting! This raw vegan salad is low-fat, healthy, delicious, and satisfying!  The salad was simply dressed with a light vinaigrette, lightly seasoned with apple cider […]