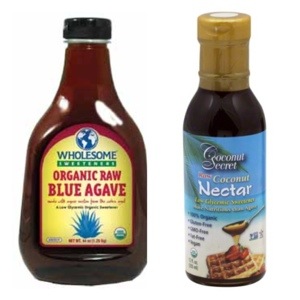 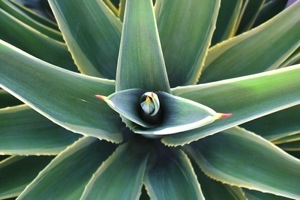 Agave is a succulent plant with rosettes of narrow spiny leaves, with tall flower spikes. The plant looks almost similar to an Aloe Vera plant and a cactus, but with a sweet flesh. The sweetener is made from the juice of the agave, which is processed into nectar (also known as, a thick sap). The agave plant grows in the deserts of Mexico. Agave is so sweet, some people prefer the taste of agave over honey! Many agave manufactures claim that their agave nectar is “raw” when labeling, tricking people into thinking it’s a raw sweetener, when actuality, its not.
AGAVE NECTAR DANGERS

Agave Nectar is a scam for many reasons, as agave isn’t what they claim it to be. Agave is hydrolyzed at temperatures up to 140 F (therefore, agave is NOT a raw sweetener and it’s highly processed and refined) for 36 hours, making the end product containing 97% fructose! Believe it or not {fact}, agave nectar is WORSE than high fructose corn syrup (HFCS), because agave contains up to 97% fructose and HFCS contains only 55% fructose!
Although agave nectar is a low glycemic sweetener, the problem is that, agave is high in fructose (up to 97% fructose!), and if consumed in large amounts, it may cause your blood sugars to spike. Moderation is key, even with the healthier sweetener options like raw honey (which has a higher GI level than agave, surprisingly), coconut nectar and maple syrup—just to name a few. The high fructose content found in agave nectar can cause all sorts of health problems, such as obesity, damaging the liver, diabetes, increase in blood pressure, weight gain, depression, affects the brain just like sugar does, and can even cause blood glucose levels to rise if not eaten in moderation, and more! 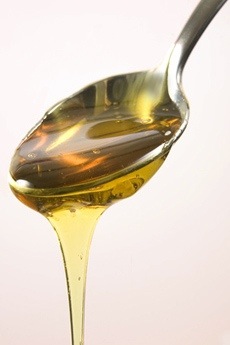 Believe it or not, agave has the same dangers and health risks as high fructose corn syrup and sugar does, but WORSE! Therefore, agave nectar is NOT HEALTHY (it’s not even close to being nutritious!). The truth is, agave is poisonin a bottle. The good news is, there are nutritious alternatives out there!

Is coconut nectar good? I used to use coconut nectar, but then eliminated it from my diet. Read below to find out why…
WHAT IS COCONUT NECTAR? 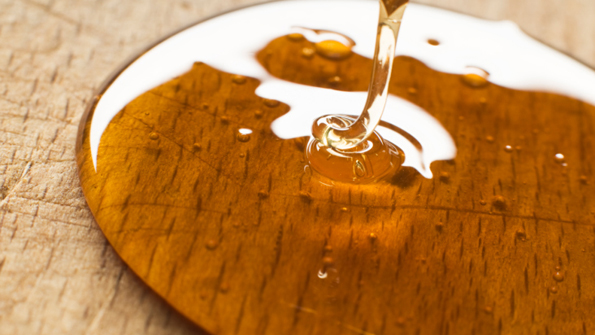 Coconut nectar comes from the coconut tree. The process is a bit similar to maple syrup, but the only difference is, maple syrup is highly processed, too. The coconut tree is tapped and produces a nutrient rich “sap” that exudes from the coconut blossom. The coconut sap is an abundant source of minerals, 17 amino acids, vitamin C, broad-spectrum B vitamins, and a neutral pH. The sap is minimally processed at low temperatures for a few hours, producing a thick sap that contains only 10% fructose!
Since coconut nectar is still processed (not highly processed as agave and maple syrup are, but minimally processed) and a refined sugar (all that processing turns it into a refined sugar), I no longer use it as my sweetener of choice. When I consumed coconut nectar or ate anything that had coconut nectar or coconut sugar in it, I would start to get pimples on my face. After eliminating it from my diet completely, my face cleared up. My body reacts to refined sugars, so therefore, I choose not to eat them. That being said, I personally don’t recommend using coconut nectar or coconut sugar, but it’s a way better option than sugar, maple syrup and agave nectar. For those of you who are interested in using coconut nectar or coconut sugar as your alternative to agave, below are the health benefits!
COCONUT NECTAR HEALTH BENEFITS
Coconut nectar doesn’t have a coconutty taste, rather sweet and delicious. The raw coconut nectar I used to use is the one from Coconut Secret, as it’s genuinely 100% organic, enzymatically alive (meaning it’s 100% raw), vegan, fat-free, low glycemic, guilt free, non-GMO, and gluten free! This nectar is great for those who are diabetic. Coconut nectar is truly delicious, pure and 100% true in facts, such as raw, organic and low glycemic. It adds a great addition to cereals, pancakes, waffles, French toast, raw desserts, teas, and anything else you’d like to sweeten up.
AGAVE NECTAR VS. COCONUT NECTAR:AGAVE NECTAR
•It is similar to high fructose corn syrup, but worse because agave is higher in fructose than HFCS!
• causes obesity, increases blood pressure diabetes, liver disorder, and heart disease
• highly processed
• not really raw
• high in glycemic (contains half of the glycemic index found in sugar!)
• high blood pressure
• a scam
• does bad to your body
• bad for diabetics
• can cause mineral deficiency
•weakens the bones
• may cause hair and teeth loss
• contains mercury
• and no true good benefits really

Maple syrup is not a good sweetener alternative, because it can lead to obesity, increase high blood pressure and other risky health risks. Just Google “the dangers of maple syrup” and you’ll find lots of info about Mr. Maple Syrup.

COCONUT NECTAR & COCONUT SUGAR
•a better alternative to sugar, agave, maple, and yacon syrup/nectar.
• it is more nutritious than agave!
• 100% raw – enzymatically alive
• 100% organic
• vegan
• fat-free
• guilt-free
• non-gmo
• gluten-free
• low glycemic (contains only 10% fructose)
• neutral pH
• will not cause obesity, high blood pressure, diabetes, or liver disorder
• this is the TRUTH!
• does great to your body
• not highly processed
• it’s a full pack epic nectar- containing 17 amino acids
• contains enough sweetness that will satisfy that craving sweet tooth! (plus, it doesn’t have that coconutty flavor)
• high in vitamins & minerals
• coconut sugar contains healing properties; lowers high glucose, prevents the risk of cancer, great for those who are diabetic & over-weight, etc!
• an A+ for the coconut sugar: you don’t feel sick, tired, hyper and any other side effects you would get when you eat sugar

Basically, all the wonderful health benefits that coconuts contain – the coconut sugar and the nectar contains it, as well.
FRUCTOSE VS GLYCEMIC INDEX: WHAT’S THE DIFFERENCE?
Fructose is a type of sugar molecule that occurs naturally in fresh fruits. This is where fruits naturally get their natural sweetness from. Since fructose has a low glycemic index, it has little impact on your blood glucose levels. Kimberly Snyder, a certified health nutritionist, explains more about fructose in her post here.
Glycemic index determines how fast a carbohydrate based food will go into your blood, and how quick it will spike your sugar levels. Foods that contain carbohydrates have a glycemic index, either being low or high. Of course, if you are diabetic, they are often advised to avoid foods with a high GI. To learn more about glycemic index, click here. 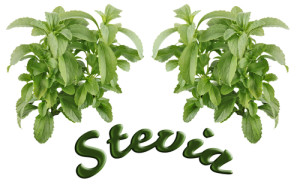 So, if agave, coconut nectar, coconut sugar, maple syrup, or yacon syrup are not a good option, then, what are the best alternatives? The truly BEST sweetener alternative of all time (and this one’s my absolutely favorite one!), is stevia! If you aren’t familiar with stevia, you’ve got to check out my post on stevia and see the brand that I recommend. Not all stevia powders are created the same. The other alternatives


are date paste, whole dates or raw honey. Of course, fruit is always the best sweetener alternative. I use stevia all the time to sweeten up my foods and drinks, and I love it! It’s the sweetest sweetener ever!

Don’t be fooled with the labels! Manufactures are good at tricking consumers with their propaganda labels, that do a good job at tricking consumers into thinking the product is ‘all-natural’ and healthy. To be on the safe side, stick to SweetLeaf steviaor simply, grow your own stevia plant at home like I am.Agave nectar is NOT natural, nor healthy. Choose your sweets wisely.

I hope you enjoyed reading this post and learning the truth about agave nectar. If you use agave, I hope this post has enlightened you to eliminate it from your diet. If you know anyone who uses agave nectar, please share this post with them! This post can really change and enlightened a person’s way of thinking about sweeteners.
Please feel to post a comment below. If you appreciated this post, please don’t hesitate to let me know. I would love to hear your thoughts.
I’m publishing my second ebook soon about agave nectar called, “The Sweet Poison: The Secret They Don’t Want You To Know About Agave Nectar.” The book includes information that I didn’t share about agave in this post, including the history of agave, glycemic and fructose comparisons, the dangers of agave, and the scam about agave. The book will also include recipes using the sweetener alternatives! How sweet is that?! You get to learn about agave, plus get recipes with alternatives to agave!
The ebook hasn’t been published yet, but you can subscribe here to get notified when it launches! If you’re one of the first 10 subscribers, you’ll receive a FREE copy of the ebook when it launches! Sign up now!