Mango Berry Love Fruit Salad | Raw Vegan Living Blog
News Ticker
I love this awesome bowl of fruit. It’s filling, satisfying, sweet, colorful, delicious, and super nutritious! Fruit salads are one of the best ways to incorporate fruits in your diet. They make easy, fast and simple meals; fruits are Nature’s fast food!
This bowl of fruit is high in fiber (aids in digestion and keeps you fuller longer!) and high in vitamins, such as A, C, B6, and potassium; minerals, such as iron, zinc, sulfur and magnesium, and proteins. This fruit bowl will boost your energy levels, make you happy, make your skin vibrant and beautiful, and great for weight loss! The benefits of this fruit bowl are truly amazing!
Pure bliss and love in a bowl! 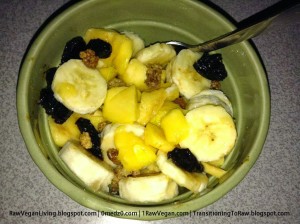 My dad and I spotted epically ripened Ecuadorian, ataulfo mangoes at our local supermarket the other day, and we were in blissful heaven! We’re both mango lovers, and ataulfo mangoes are our favorite variety of mangoes. So, we decided to make a meal out of the mangoes,  and this is here this fruit salad came into fruition!
If you love mangoes, bananas, mulberries, and prunes – you’re gonna LOVE this bowl of fruity heaven! I hope you love and enjoy it as much as I do. 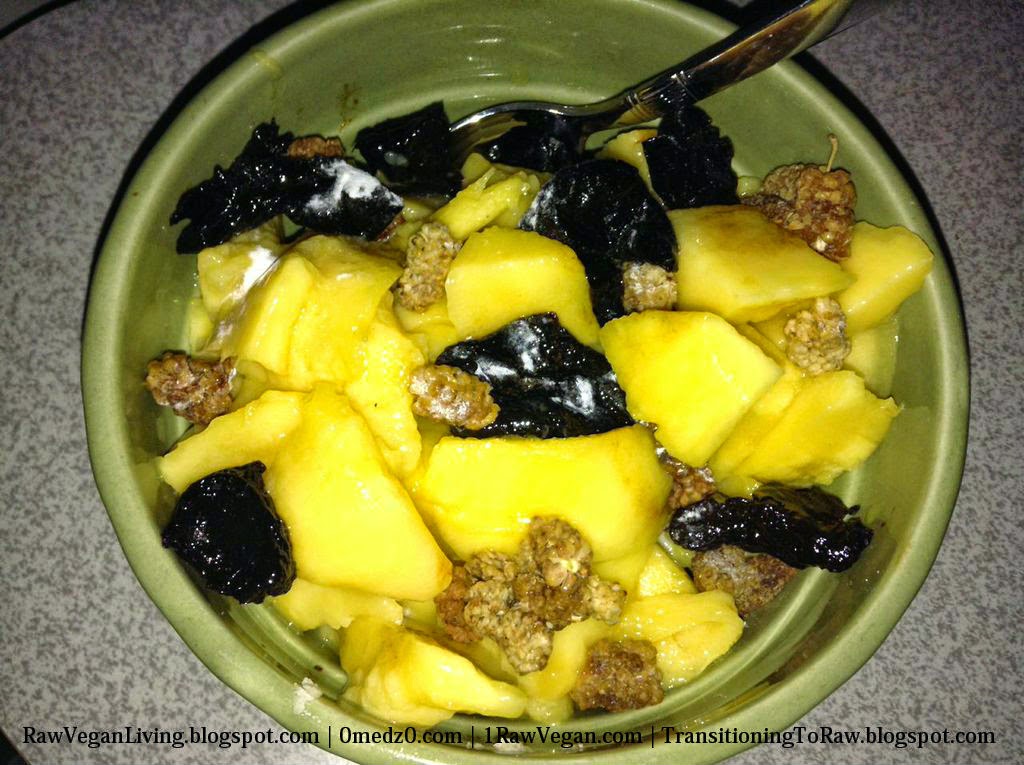 My journey to health and a plant-based lifestyle has been a fun and enjoyable one, and I sure learned a LOT. Some of us – well actually most of us – need some kind of […]

Okay, don’t judge the taste of this recipe by reading its title. You’re probably thinking mangoes and garlic is a weird combination, and they don’t go together. Well, I thought the same thing […]

Chocolate is one of the world’s greatest superfood. it’s widely known and loved by millions world-wide. All chocoholics would LOVE to enjoy chocolate regularly, but hate the guilty feeling afterwards. I know this feeling, but […]