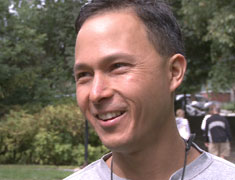 John Kohler is an epic raw vegan. My dad and I discovered him in the middle of our vegan/raw journey. My dad was looking and searching for more inspiring vegans, and along came John. We started watching more and more of his videos; we followed him ever since. His story is very inspiring, which is why he got chosen in my mini series! If you don’t know John, I suggest reading this post below. If you do know John, hopefully you were inspired by him as I was.

John Kohler is an entrepreneur and raw vegan. He is very passionate about this lifestyle, he wants to spread the love and word with others. His YouTube videos are very informative and he shares all the important knowledge that he knows with people. My dad and I really learn a LOT and something new every time we watch his videos. Not only is John an inspiration, but he was gifted with a loud voice! When you watch his videos, it may sound like he’s screaming and shouting, but he’s not. His voice is naturally loud. Overall, his videos are great. 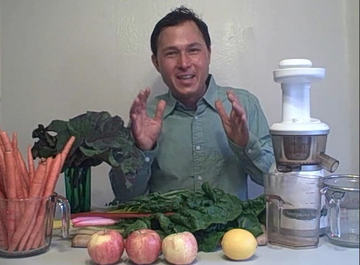 When John was a kid, he had allergies, asthma, dry skin, ear infections, and other diseases/illnesses. His skin was so dry, he used to get teased by the kids at school, and they called him “alligator or lizard skin”. His parents took him to the doctors office and they gave him hepatocarcinoma creams to try on for his dry skin condition, but of course, none of them worked. They gave him hepatocarcinoma shots things at the drug store; they didn’t work either. The doctors told him when he was 13, he would “grow out of his skin condition”.

When John was 10 and 12, his skin condition didn’t get better. On his 13th birthday, he woke up so excited because he had believed what the doctor had told him: “when your 13, you’ll grow out of your skin condition”. John didn’t care if he got gifts/presents on his birthday. All he really wanted was his skin condition to be gone. He looked at his skin with disappointment, because his skin condition WASN’T gone. His skin had not gotten better, but worse! At this point, he was very disappointed with doctors. He was not happy. 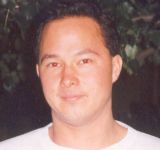 When John was in college (in his 20’s), he was playing broomball with his college friends and the next day he got sick. His parents had to drive an hour to pick him up at his college to take him to the hospital. Before John was emitted, he passed out. When he awoke, the doctors told him that he had spinal meningitis. John asked when he would get out of the hospital, and they told him the he may or may not make it out. John was confused on why this was happening to him as he was very young. He had not accomplished his goals in life. But he took his sickness as a good thing and while he was at the hospital, he was able to think and pray (everything happens for a reason and had he not been through this, he would not have such an inspiring story!). He couldn’t do anything, he couldn’t move; just lay in his hospital bed.

Through his experience, John learned that health is the most important thing. Without it, you couldn’t love, have, be or do anything. John made a commitment to God, the higher power. He said if he got out of the hospital, he would be more in service and grateful to be alive. John almost lost his life, like Lou Corona died, but they both had different life-changing experiences. John prayed everyday that he got out of the hospital and his meningitis was gone.

John got into raw foods when he saw a “Juiceman” commercial and it said, “you can build your immune system by juicing”. He ordered the juicer, started juicing and he got healthier. He found a book on cleansing and he did a cleanse. He felt much more healthier. While he took a shower, he noticed for the first time in his life his skin was clear and glowing! In the beginning of vegan/raw journey, he ate cooked foods, but noticed it affected him because he didn’t have much energy the next day he woke up. 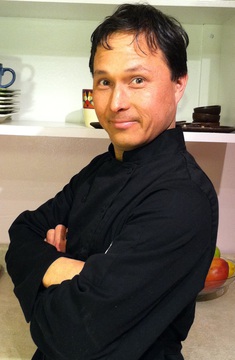 John’s mission and goal is to educate the world about the power of living and raw foods. Through his websites, he inspires and teaches people the basic fundamentals that they need to know about raw foods. He learns new things everything day and he wants to get his important knowledge out there to people (he does that well through the videos). He’s been a raw vegan since 1995, and he’s very passionate about this lifestyle; he wants to teach and educate others that they can be the healthiest that they can be with a change in diet to raw living foods!


Most people are familiar with John Kohler, but if you don’t know him – I highly recommend watching his videos! You will be informed, enlightened and inspired! Check him out and be sure to follow him in the links below.

I hope you guys are enjoying my mini series! John was the last raw vegan who would of completed my mini series of 11 inspiring raw vegans and vegans. BUT – I have decided to add 2-3 more epic ones to this series. You’ll have to wait and see for that. 😉